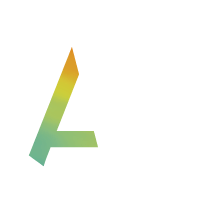 Indeed, the country has been built through the years by claiming land from the sea, and then defending what they gained

Often, the cost has been high.

The Afsluitdijk was built between the 1920s and 30s to protect the Zuiderzee, a vast bay in the North of the Netherlands which has devasted by tens of floods over the centuries

The dam reached its objective of protecting the land, yet turning the area in a vast saltwater lake, with uncountable damages to the ecosystem

Yet, the Afsluitdijk is minuscule when compared to the Delta Works

These are a series of dams and mobile barriers which are located in the south of the country, designed as the answer to the terrible floods of 1953

On the night of the 31st of January 1953 several dams and dykes collapsed under the combined impact of a strong storm and the rising tide.

On the night of the 31st of January 1953, several dams and dykes collapsed under the combined impact of a strong storm and the rising tide

The 9% of the Dutch cultivable land was submersed.

The 9% of the Dutch cultivable land was submersed.

The Delta Works were thus designed so that such a disaster would not happen again, thanks a mixed system made of fixed and mobile barriers, which would allow the exchange of water and the preservation of the ecosystem

The Afsluitdijk and the Delta Works are however part of a much wider system, also include smaller dykes, buffer zones and much more

Climate change is now demanding an update and expansion of such a system and it sometimes bears a significant cost for the Dutch population which has to change their houses or, in worst cases, to relocate

The ongoing change of attitude, from old concrete engineering to the support of natural processes, is now needed more than ever

The challenge of Adaptation in the Netherlands

The Afsluitdĳk dam is an old, yet huge engineering wonder, 32 km long and inaugurated by Queen Wilhemina of the Netherlands in 1932, after five years of construction.
The dam would serve a double anthropological purpose: shield the Zuiderzee inlet from the Northern Sea, and connect the northern Dutch province (village of Den Oever in the municipality of Wieringen) to the Frisian province (village of Zurich in the municipality of Wunseradiel), hence the the causeway running on top of it.

Following the realisation of the dike, the Zuidersee became the fresh water lake of the IJsselmeer, and the first round of work ended. However, the second phase entailed a massive land reclamation, and as a result of the containment of the waters (engineering and political work of Mr. Cornelis Lely) the province of Fleyoland came to light.

The Afsluitdijk in May 1940 was the site of the bloody Battle between Dutch and Germans, but nowadays is much more than a dam: it has become a touristic site, vistited every year by more than 300.000 people, who can drive, ride of walk across it, while admiring the Waddenzee on one side, and the Ijsselmeer on the other.

The mammoth construction had massive consequences on the ecosystem, nonetheless: migratory fishes cannot reach their natural reproduction sites anymore, which is slowly destroying the fish stocks. For this reason, the so-called “Fish Migration River” project has been approved, which consists on creating a tiny crack on the dam allowing the fishes to swim in a river of 4km (of mixed marine and sweet water) to reproduce. The work should be completed by 2021/2022 and will cost €55 billion.

The Delta Works represent a key step in the historical Dutch strategy to tame waters: their realisation took forty years, five billion dollars and the construction of 13 concrete infrastructures among barriers, levees and dams, as well as 300 smaller infrastructures, such as dykes.

The construction of the Delta Works started at the end of the 1950s, shortly after the tragic 1953 storm of the North Sea. The event was a cataclysm which hit the Netherlands, Belgium and the UK, causing the death of 2,251 people (1,836 in the Netherlands), the evacuation of 70,000, the drowning of 10,000 between cattles and sheeps and the destruction of almost 5,000 buildings. The Delta Works have been considered “one of the seven wonders of the modern world” by the American Society of Civil Engineers and were built in the great delta where the Rhine, the Meuse and the Schelda rivers meet. They were finally completed in 1997.

Among all their different components, the most spectacular is probably the Oosterscheldekering, an 8 kilometres long storm barrier which can completely shield the western Schelda in only 75 minutes.

The functioning of the Maeslantkering, another gate in Southern Holland, is similar. This was the last Delta Works infrastructure to be completed and it is made by two giant steel arms which are usually kept open to allow navigation towards Rotterdam. However, special floating bars could be flooded, allowing the closure of the gate in case of storm and the protection of the population living across the nearby channels of Nieuwe Waterweg and Het Scheur, by Hoek van Holland.